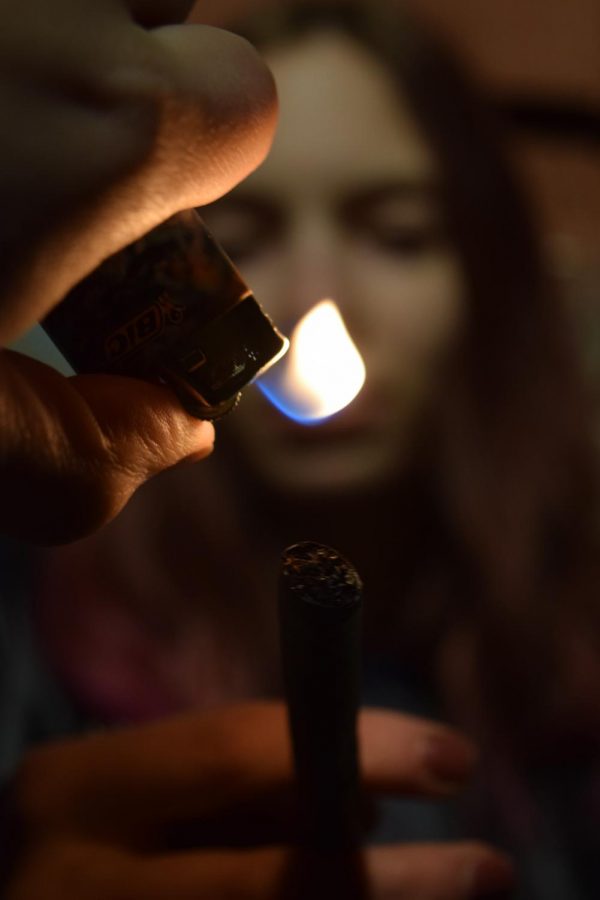 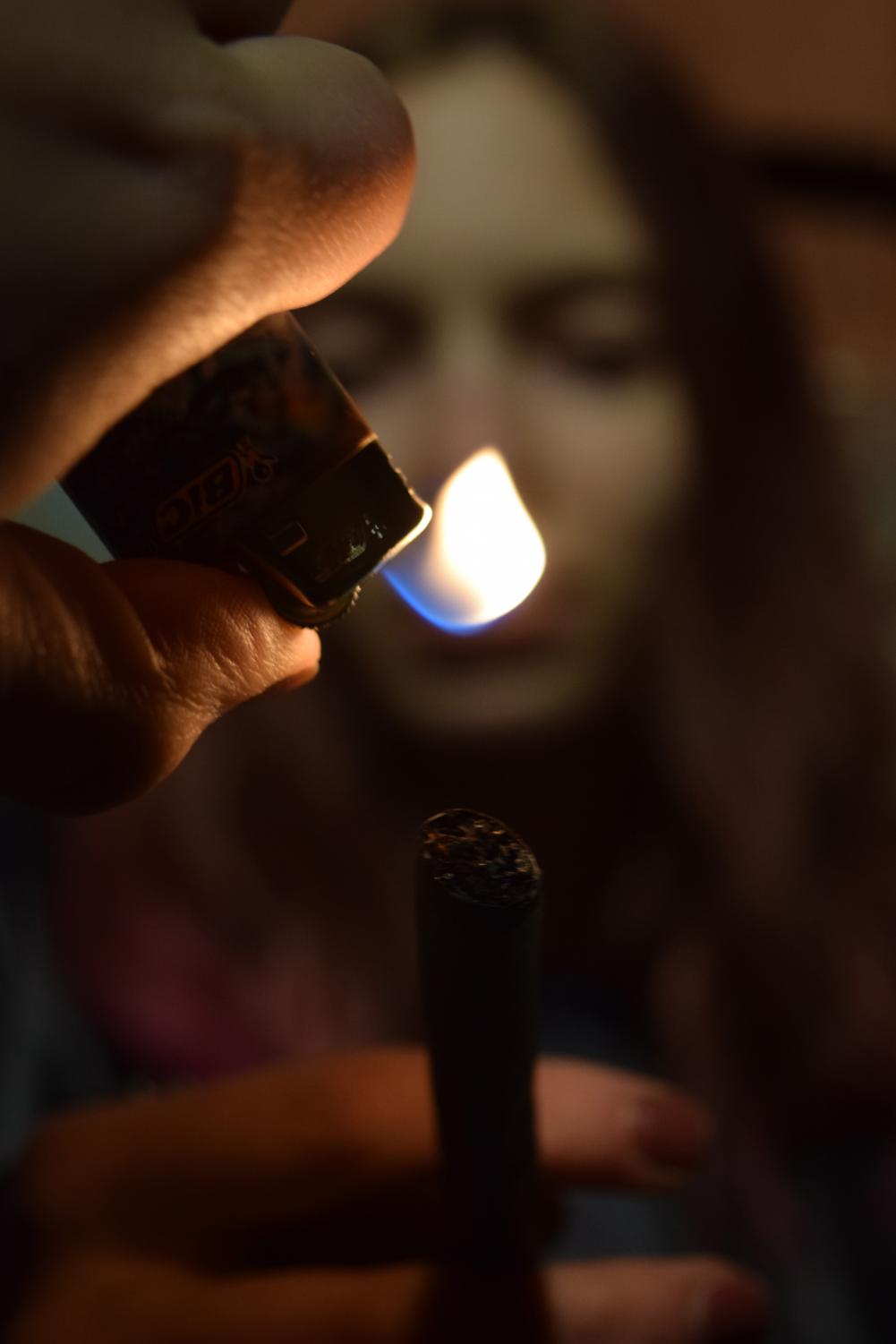 Whether it’s in the school bathrooms or at a friend’s house, students who participate depend on their location because it adds more to the experience of getting high.

“If you ever want to get together with your friends and just have an amazing time it definitely helps you,” *John said. “It makes everything funnier, makes everything more enjoyable. You just kind of connect with more people.”

Along with the trend of participating in large groups, students are also starting to get into the habit of using during situations where there is little to no adult supervision. At school, it becomes a problem of using on campus, whether it’s in the parking lot or at a football game.

“There’s… a lot of interaction that might happen here because of proximity and it’s not going to happen anywhere else in the community because kids don’t have the transportation to meet up with one another — whatever those circumstances are — but here they’re in a confined space from 7:40 in the morning to 2:50 in the afternoon,” principle Greg Hoyt said. “There’s certainly that aspect that it’s a regular part from the second week of august until the third or fourth week in May.”

It’s common knowledge to most students that there are those who use within the school building, but their reasoning comes from a place of fear. Most are afraid of being caught by their parents so they choose to locate themselves where it would be difficult to catch them. Such is the case for *Katie and *Sarah who worry that their parents will discover their link to items like Juuls.

“It’s not like a showoff thing, it’s just something that’s there,” Sarah said. “I guess it was like a trend and then I wanted to try it.”

Despite the fact that the student population is aware of their peers using illegal substances at school, recent surveys indicate that the amount of students who have done so in the past are lower than the number reported a few years ago.

“There are less students currently using substances than they were 10 years ago, or 20 years ago,” school social worker Kari Humes said. “On our survey, we ask a direct question about ‘have you been drunk or high at school?’ and we have less students reporting that they are.”

With lower reports of students using on campus, Manhattan High security has been able to better implement the school’s policy for illegal substance activity. School resource officer Tyrone Townsend says that it’s even more specific to students who distribute substance rather than just using them.

“We catch most students using or in possession of drugs,” Townsend said. “We have caught several people over the last semester… either actively doing drugs on campus or maybe selling drugs on campus. One was arrested for selling marijuana.”

Whether students choose to use a substance at school, a sporting event, a field trip or at home, MHS wants them to know that the issue is bigger than where they use it. The consequences for using an illegal substance can be costly and the school’s main focus is just ensuring that its students are safe.

“It’s just part of adolescent development and being young adults who are interested and don’t always think through the ramifications of decisions,” Hoyt said. “I really want our students to consider their life and their future well beyond our school and make those decisions that won’t negatively impact their life down the road.”